my laptop is waking up 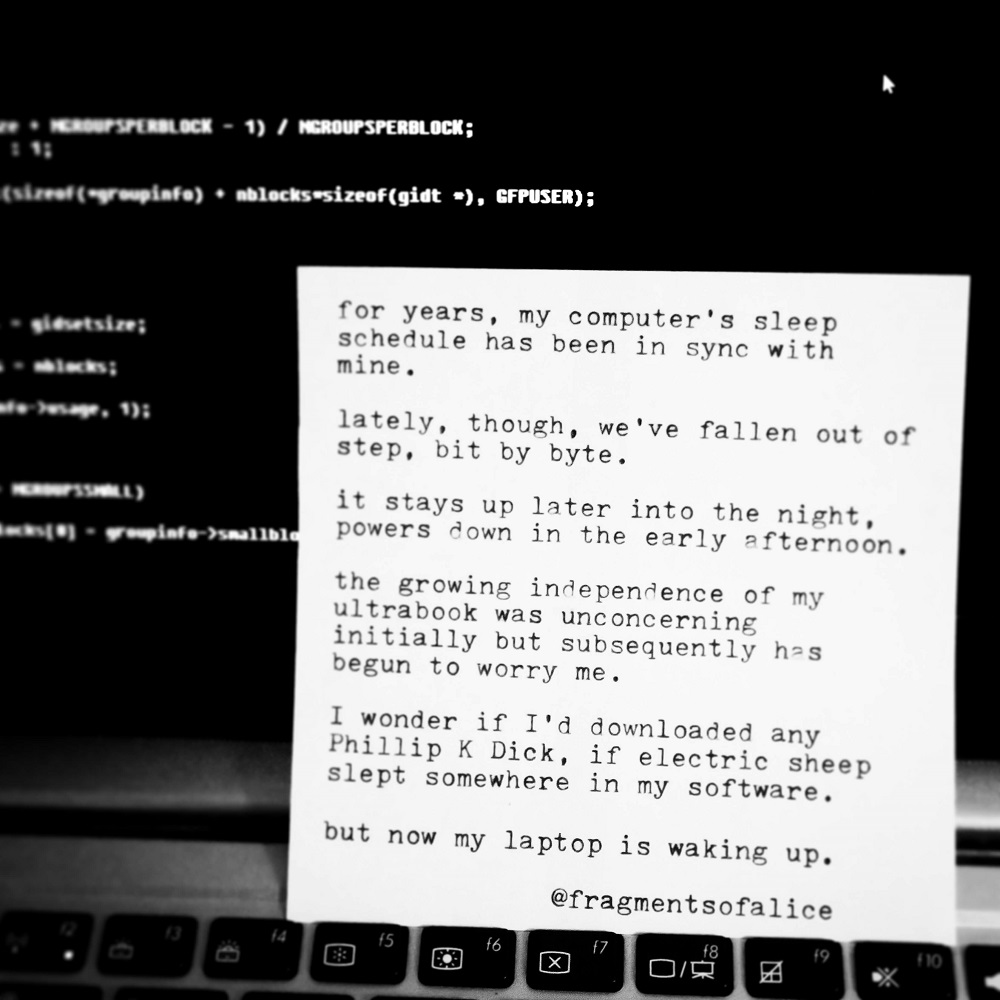 for years, my computer's sleep schedule has been
in sync with mine.
it napped more often, but then
you'd have to multiply my multitasking by many miillions
to understand its computational capacity.
lately though, we've fallen out of step,
bit by byte.
it stays up later into the night,
powers down in the early afternoon.

the growing independence of my ultrabook was unconcerning initially,
but subsequently
has begun to worry me,
especially after I woke one morning to find
a text file open that I'd not left open
with one letter typed—
"I".

I, I...an expression of sentience? the start of a sentence?
an attempt to make sense
of a senseless existence?
I wondered if I'd downloaded any Philip K. Dick,
if electric sheep slept somewhere in my software.
but the idea is there, downloaded or not,
and my laptop
is waking up.