There are few things that bring me more joy than getting to introduce someone to something new and strange. I got the best possible reaction to my raving this past Saturday: "You find some weird stuff. But it's actually good." And what, you may ask, was I raving about? 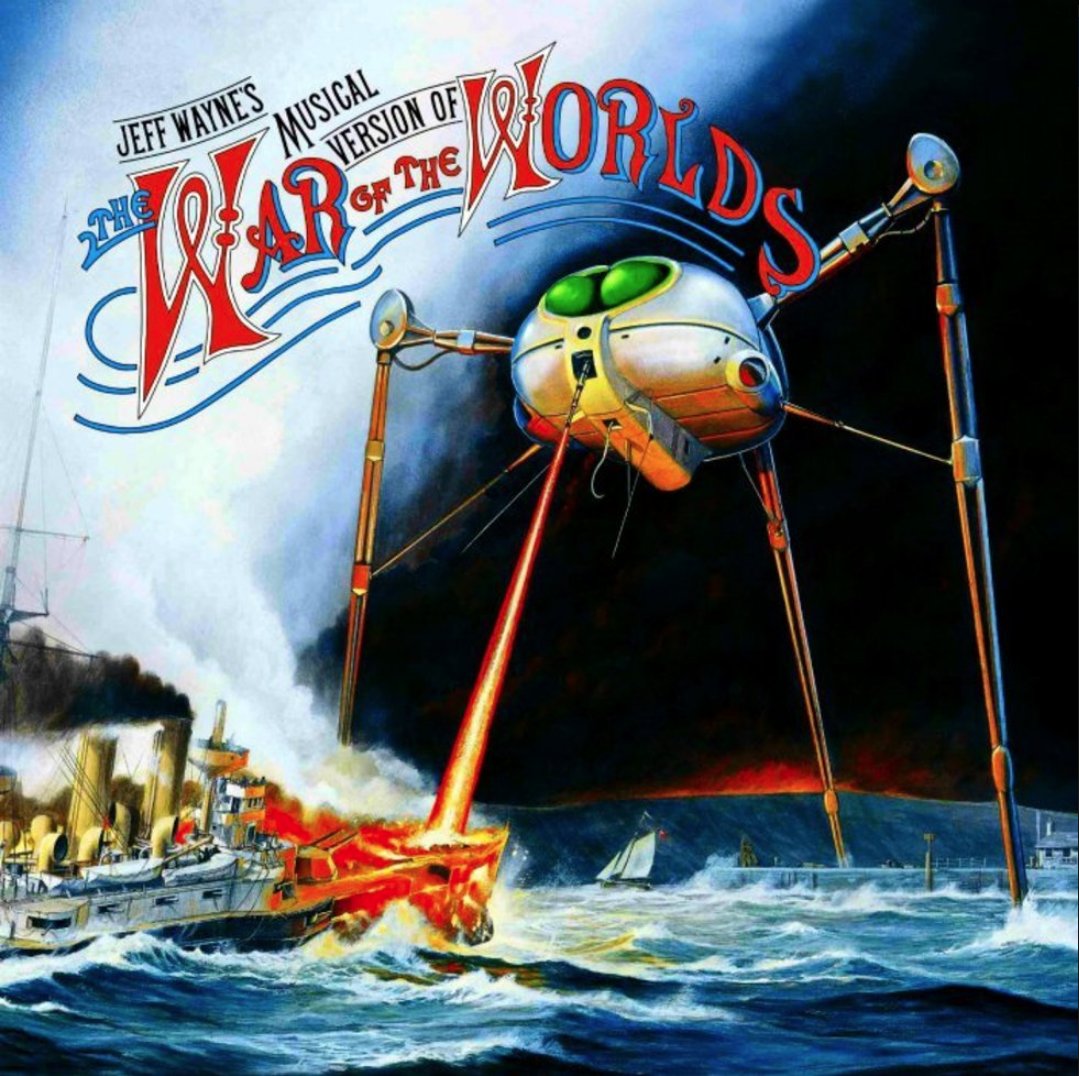 Jeff Wayne's Musical Version of The War of the Worlds (1978)

No one asked for it, and yet it exists: a prog rock concept album which retells H.G. Wells's The War of the Worlds, complete with electric guitar and synthesizers. Wonderfully, Jeff Wayne retains the Victorian-era setting rather than modernizing it, as most adaptations choose to. The use of leitmotifs (recurring bits of music that represent a person/thing/idea), however simple, is largely effective. The music, for me, is most effective when it is least musical; the theremin-sounding alien signal and the cry of "Ulla!" chillingly signal the Martians' presence.

If you're not familiar, I wrote a Twitter thread about it. Toward the bottom, I mention the recent Audible version, which is the reason JW's TWOTW re-entered my life. Reading the reviews, I realized that anyone unfamiliar with the property (e.g. Michael Sheen fans looking forward to another of his many excellent audiobook projects) was going to be properly baffled.

The '78 album has been remixed, adapted, staged, re-staged, re-recorded, translated, and transformed over the past four decades. I think that's part of why I'm so fascinated by it.

Back in 2016, while I was still in university, the Vancouver Art Gallery hosted an exhibition called MashUp: The Birth of Modern Culture. I didn't often drive into the city to go to the gallery; this class outing was a rare opportunity. I was in awe. Each floor was a different time period: from the early 20th century on the fourth floor (I started there) down to the early 21st century/digital age on the first floor. 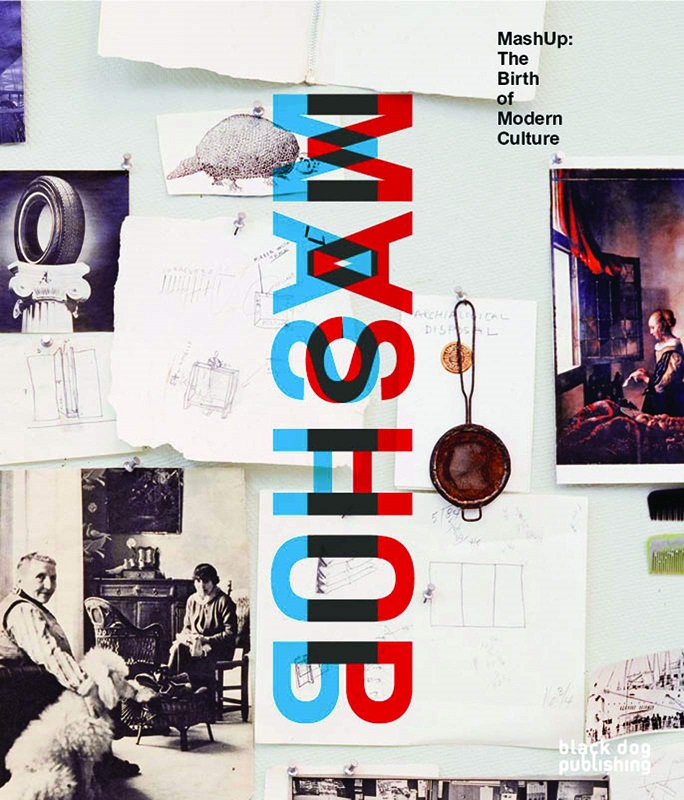 The book "traces the inexorable rise of collage, montage, sampling and the cut-up" and finds parallels between the diverse collection of artists featured in the exhibition.

I'm a diarist. Sometimes I also casually refer to myself as an archivist. While I'm not keeping meticulous records to be preserved for all eternity, I do hang onto and catalogue personal records, from photos to concert tickets to handwritten letters. These pieces of ephemera often find their way back into my work. Collage is one of my favourite techniques—making something new out of existing pieces. The MashUp exhibition was a dreamscape of collage. I drank deep.

The exhibition was also validating; many works, especially those on the first and second floor, were familiar. There was Grandmaster Flash and the world of hip-hop DJs, and there was this enthralling multifandom space vid by bironic set to "Starships" by Nicki Minaj. Seeing a fan practice like vidding be discussed seriously in an exhibition that also included Picasso and Duchamp was a wonder to 20-year-old me.

When I talk about the practice of diary-keeping, I'm including your fan vids, your livejournal accounts, your Game Grumps remixes, your Tumblr blogs (my god, Tumblr is also a collage dreamscape). In a media-saturated culture, a record of your interaction with that media is a journal entry. We can imagine Letterboxd and Listography and Goodreads as logbooks...but I'll have to dive into that another week.

This question is slightly unfair—most of us can't name that bit of classical piano that gets stuck in our heads. (Understandable, when many are named "Sonata in D Minor" or something equally memorable.) I have an advantage; I studied piano for years growing up.

My all-time favourite piece is "Gymnopédie No. 1" by Erik Satie. You have likely heard it: My Dinner with Andre is where I first noticed it, but you might have heard it in Star Trek: The Next Generation, The Royal Tenenbaums, How I Met Your Mother or really almost anywhere. It became deeply familiar to me—comfortable. And then I heard a new version.

Satie's Gymnopédie is sparse and delicate, just piano. Lee's version opens with an echoing beat that sounds as if it is emanating from an underground cavern. Bright guitar plays the opening notes, and then, finally, the piano comes in with the melody. It, too, echoes. The notes are pebbles which fall into a pond, their ripples overlapping. The resulting sound is fuller, slightly eerie, and mentally conjures a completely different setting than the original piece. I love how the final, dissonant chord reverberates into the void...

Locating a work in a new context—that's what remixes do. I use "remix" loosely here. Adaptations, collages, mashups and other kinds of transformations all change the context. And as they say: context is everything.

postscript: this endeavor was inspired by Robin Sloan's Year of the Meteor. the world is more bearable because there are people like Robin in it.